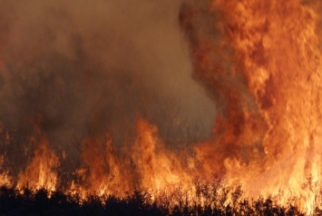 Update July 23, 2017 8 p.m.-- The fire is 40% contained and has burned 255 acres. The evacuation advisory for Chihuahua Valley Road has been lifted as firefighters make good progress on this fire.

Update July 23, 2017, 8:20 a.m. (Warner Springs) -- With better mapping the fire is now estimated at 210 acres. Cleveland National Forest and CAL FIRE are fighting it in a joint command.  Hiikers are urge to avoid the Pacific Crest trail in the area. An evacuation advisory is in effect for Chihuahua Valley Road.