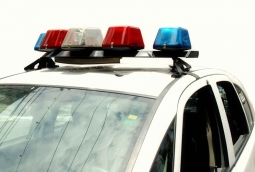 July 18, 2017 (El Cajon) – Mark David Dabrowski, a 55-year-old transient in El Cajon, has been arrested and charged with kidnapping and domestic violence.

Yesterday morning, a witness called El Cajon Police to report that Dabrowski had abducted his former girlfriend, who is also homeless, while she was sleeping on an elementary school campus.

The witness, another homeless woman, was sleeping nearby and was awakened by a physical altercation between Dabrowski and his ex-girlfriend, who he physically dragged away and forced into his car.

This morning at 11 a.m., detectives assigned to the case found the abductor and his victim sleeping in a parked vehicle at a shopping center in Point Loma, according to Lieutenant Walt Miller with El Cajon Police.

Dabrowski was arrested and booked into San Diego County Jail on charges of kidnapping and domestic violence.