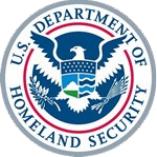 According to a press release issued by the Border Patrol, around 11:30 p.m., an agent conducting inspections at the checkpoint encountered the man driving a 2002 Nissan Sentra, along with two male passengers.  During the initial inspection, the agent questioned the citizenship status of the three occupants.  The driver responded that he is a U.S. citizen, but the two passengers did not respond.

The agent then inspected the trunk of the vehicle after he received consent from the driver.  The inspection of the trunk revealed two male Mexican nationals who were lying down in a fetal position.  The four passengers were determined to be in the U.S. illegally and were taken into custody.

In response to this incident, Pete Vasquez, Acting Patrol Agent in Charge of the Campo Border Patrol Station said, “Human smuggling is extremely dangerous and the smugglers we encounter have no regard for the safety and well-being of the people they exploit.  I commend the Campo Station personnel for their diligence and hard work in bringing this event to a successful law enforcement conclusion.”

The driver is currently in custody, facing federal human smuggling charges.  The Nissan Sentra was seized by the U.S. Border Patrol, a division of Homeland Security.