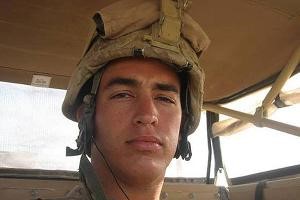 November 6, 2014 (San Diego) – Veteran Marine Sgt. Andrew Tahmooressi has been released from a Mexican prison, the State Department has announced.  Tahmooressi was arrested and imprisoned for driving across the international border with three guns in his vehicle, which is illegal under Mexican law. He reportedly suffers from post-traumatic stress syndrome and was not able to obtain treatment while imprisoned for over 200 days.