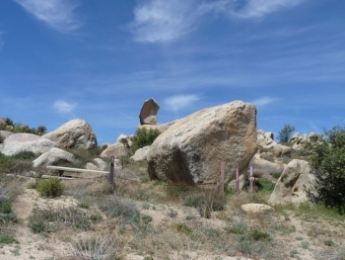 February 16, 2017 (McCain Valley) – The Department of the Interior temporarily shut down construction of the Tule Wind Energy project in McCain Valley  on January20th due to six confirmed violations of the right-of-way grant conditions, including “three incidents of ground disturbing work without a cultural monitor present and three incidents of clearing beyond the disturbance limits at four different locations,”  according to the notice of temporary suspension issued January 20th.