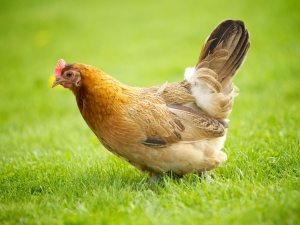 October 3, 2015 (San Diego’s East County) - Two billion eggs a year are purchased by McDonald’s for its egg McMuffins and other menu items. Now, the giant fast-food company has announced it will transition to buy 100% of its eggs from suppliers who raise cage-free chickens.

The move is hailed as a win by animal rights advocates who had been lobbying McDonald’s and other major food retailers to make their supply chain more humane.

McDonald’s president Mike Andres acknowledges that the company’s customers are “increasingly interested in knowing more about their food and where it comes from,” the Wall Street Journal reported.  The company also recently began serving hormone-free milk.

The food industry has drawn criticism for its reliance on chickens raised in cramped cages, but only about 10% of the nation’s egg-laying hens are cage-free, the federal government reports.

California voters passed a measure several years ago to require larger cages, but now a growing number of companies are going farther, shifting to cage-free poultry.  Those include Starbucks, Burger King, General Mills and Nestle, among others.

The move to more humane practices does have a price, however.  The cost of eggs has gone up about 67 cents a dozen in California over other states, though the price of eggs has risen nationwide due to  a bird-blue epidemic that resulted in the deaths of several million chickens earlier this year.

McDonald’s will be phasing in its cage-free eggs over the next ten years.

The Humane Society of the United States issued a press release stating it is “proud to have spearheaded a movement that, over the last decade, has resulted in sweeping change in how our nation farms and eats.” That movement has also freed calves from being confined in veal crates and helped free pregnant pigs from cramped gestation crates.

The Humane Society concludes, “We’re making these practices illegal or at least unacceptable.  The public gets it, and increasingly so does the food industry. We’re driving the market away from caged products and toward more humane and sustainable practices.”

are currently cage-free, FYI, and they will be gradually phasing in more as they get more suppliers.

McDonald’s will be phasing in its cage-free eggs over the next ten years, so avoid McD 'til then. (For other reasons also, like they don't sell real food.)