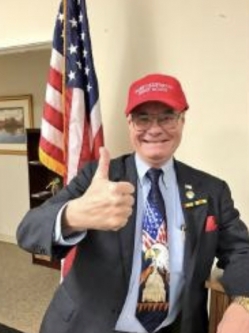 Updated Nov. 21 with details on charges filed against suspect

Voepel lost his reelection bid to Assemblymember Marie Waldron, a fellow Republican whom he squared off against due to redistricting. ECM has reached out to a Voepel staffer seeking comments but has not yet received a response.

The suspect, 22-year-old Anderson Lee Aldrich, is the son of Laura Voepel, 44, a support engineer from California who has worked as a support engineer in Colorado Springs for the past several years.  On Facebook, she praised her father in April 2020, stating, “Keep up the work, Dad – You work hard to improve our lives and a lot of us take notice…California State Assemblymember representing the 71st District in San Diego & Riverside Counties. Husband. Grandfather. Veteran.” 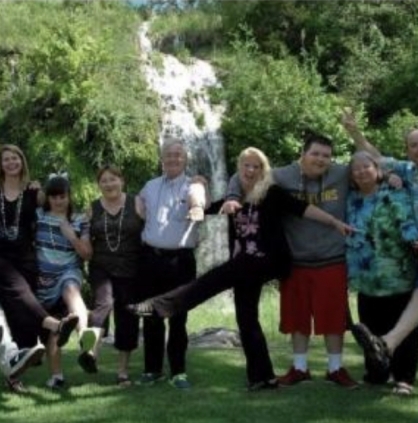 Aldrich is accused of entering Club Q, a gay nightclub hosting a drag show, with a long rifle and opening fire around midnight, CNN reports. The shooter killed two bartenders and at least three others not yet identified before bar patrons overpowered him.  According to Colorado Springs Police Lieutenant Pamela Castro, one patron later identified as an Army veteran disarmed Aldrich and beat him with his own gun. The Insider reports that tother patrons joined in, including drag queen who reportedly stomped on the gunman with high heels.

Aldrich faced five murder charges and five charges of committing a bias-motivated crime causing bodily injury, court records indicate.  He remains hospitalized with injuries caused by those who fought back against the gunman.

Aldrich was previously arrested in 2021 after his mother reported to law enforcement that he had a homemade bomb, multiple weapons and ammunition, according to a press release issued by the El Paso County Sheriff’s department, which covers Colorado Springs. The incident prompted a SWAT team response and stand-off, with nearby homes evacuated. No bombs were found, however Aldrich was arrested for felony menacing and three counts of first-degree kidnapping, but no explosives were found, and he was never prosecuted.

His mother posted on social media seeking legal counsel for her son at that time, and has also posted indicated her son had mental health issues.

Randy Voepel drew controversy four days after the violent insurrection at the Capitol that killed several people and injured 150 police offers. In an interview with the San Diego Union-Tribune publishing January 10, 2021, Voepel, a MAGA Trump supporter, said of the January 6, 2021 insurrection, “This is Lexington and Concord,” a reference to two battles that started the Revolutionary War.  “First shots fired against tyranny. Tyranny will follow in the aftermath of the Biden swear-in on January 20.”

That prompted many posts on his Facebook page overwhelmingly condemning his statements, including calls for him to resign.The Truman National Security Project, a group founded after the 9/11 terror attacks to advocate for national security solutions, sent a letter to the California Assembly calling for Voepel to be expelled. The group called his words “an explicit glorification of the insurrection and direct incitement of further violence,” noting that Voepel was both a veteran and an elected official.

After that controversy, Voepel tried to walk back his remarks, posting on Facebook, “I do not condone or support the violence and lawlessness that took place on Wednesday, January 6th, at our nation’s capitol.”

Voepel also has a history of opposing gay rights. In July 2015, while speaking on his candidacy to a conservative group, Voepel stated, “Personally I’m a Southern Baptist. I do not support gay marriage in a Biblical way but it’s the law of the land.” As ECM reported, he added that he thinks if more Christians had stood up the decision might have been stopped.”

Voepel also quipped that he deserved election because “I haven’t been indicted” in 15 years serving on the Santee City Council or as Santee’s Mayor.

A Navy veteran, Voepel was accused of stolen valor and inflating his military record by his then-opponent, former Navy Seal Larry Wilske, also a Republican. He was also caught on tape boasting of being in “heavy combat” and serving with the “Tiger Battalion in Vietnam while speaking to a Korean veterans group, claims that appeared to be disingenuous.

Both Voepel and his replacement, Assemblymember Marie Waldron, ducked out and did not vote on an Assembly resolution calling on then President Donald Trump to resign due to his role in the January 6, 2020 insurrection.

Colorado Gov. Jared Polis, a Democrat and the nation’s first openly gay governor, issued a statement Sunday calling the attack “horrific, sickening and devastating.” He praised those who blocked the gunman, as well as first responders, adding, “Colorado stands with our LGTBQ community and everyone impacted by this tragedy as we mourn together.”

Police are treating the case as a hate crime and cited bias in charges filed, but details on the suspect’s motive have not yet been released.

President Joe Biden issued a statement voicing concern over hate crimes and violence.“While no motive in this attack is yet clear, we know that the LGBTQI+ community has been subjected to horrific hate violence in recent years,” the President stated. “Gun violence continues to have a devastating and particular impact on LGBTQI+ communities across our nation and threats of violence are increasing,” Biden concluded.

Yeah, that did not go UN-noticed. Not sure the point of it. Aiming it at Vople perhaps? Instead of stirring up hate and discontent toward the 77.5 Million LEGAL gun owners in this country that are NOT mental-head cases murdering people. Perhaps this time of year would be a good time to mention that one third of ALL vehicle fatalities involve alcohol use. That would be 22 people per day or a person killed EVERY 52 minutes by a drunk driver.. That comes out to over 10,000 PEOPLE A YEAR killed by drunk driving according to the NHTSA! But this does not seem to bother anyone, especially politicians who refuse to get REAL serious about drunk driving. Mostly because they drink and drive also, I suppose. First offense: You forfeit your vehicle. One year mandatory prison time. Let's start with that. That might get people's attention.

Pointing out how many die of other causes is irrelevant.  Mass murder by guns, mainly semi-automatic ones formerly banned in the US, have soared since the ban was lifted.  Innocent people are being slaughtered daily. More than 600 mass shootings, over two a day, have offered this year - the highest on record. And your answer is to do nothing.

This is like wind energy companies, confronted with high numbers of eagles and other birds of prey killed by their giant wind turbines, deflecting by pointing out that lots more birds are killed by house cats. Or drug manufacturers trying to dodge responsibility for things like opiod overdose deaths from pharmaceuticals by saying its fewer than died of various other causes.  So are we only supposed to deal with the number one cause of death?  Of course not.  Anytime there is a huge spike in deaths from something -- where it's fentanyl overdoses, drunk driving fatalities or mass shootings -- the sane approach is to seek solutions to save lives.

goes. the right raises more righties!!! who hates anyone who does not believe what they believe! glad you are gone voepel!