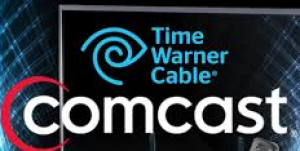 Not even an army of over 100 lobbyists could convince federal regulators to approve the deal, the Hill reports. Nor could millions in donations to Congressional candidates and President Obama’s campaign win the support the companies sought.

The Stop Mega Comcast coalition issued this statement on the announcement: “This outcome is the direct result of the efforts of hundreds of thousands of citizens, members of Congress, community leaders nationwide, as well as dozens of businesses and organizations who have advocated tirelessly in defense of a competitive media marketplace.”

However, they also had some lobbying firepower of their own.

The FCC has been aggressive in recent years in halting mega-mergers, including forcing T-Mobile and Sprint to halt their planned merger last year.

FCC Chairman Tom Wheeler concluded that the decision will give consumers greater choice, adding, "Today, an online video market is emerging that offers new business models and greater consumer choice. “The proposed merger would have posed an unacceptable risk to competition and innovation.”