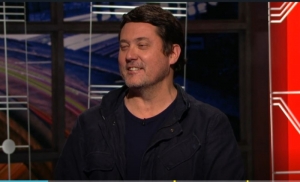 April 17, 2017 (Los Angeles) - Comedian Doug Benson is nothing close to an overnight success, yet after 20 years in show business, the former Grossmont College student is starting to gain notoriety after recently claiming the Tournament of Champion on the self-admitted, fake game show @midnight.