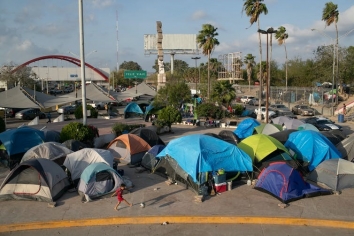 July 2, 2022 (Washington D.C.) – The Supreme Court ruled 5-4 this week to allow the Biden administration to end the “Remain in Mexico” policy imposed by Trump, a program officially known as the Migrant Protection Protocols. That policy forced most migrants to stay in Mexico instead of being either detained in the U.S. or released here while awaiting immigration hearings. But hurdles remain before most migrants can be granted entry into the U.S.