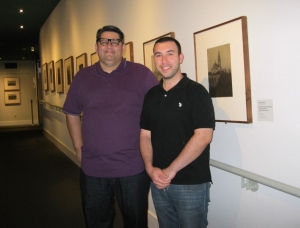 July 19, 2015 (San Diego’s East County)--As an ESL teacher at Grossmont College, the majority of students in my classes are Iraqi and Iraqi Chaldean. Thus, I had a particular interest in the documentary, “Chaldean Voices”, which I saw Friday evening at “Documentaries on the Prado” at the Museum of Photographic Arts in Balboa Park. Chaldeans are Christian Iraqis. Most have fled their war-torn home and with the exception of Detroit, Michigan, the largest number of Chaldeans now live in El Cajon, California, and surrounding neighborhoods.