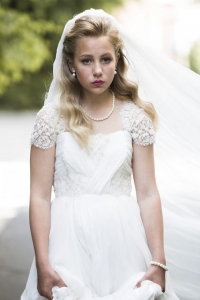 March 20, 2017 (Sacramento) – A bill introduced in the state Capitol would prohibit anyone under 18 from getting married.

California is currently tied with Tennessee for the sixth highest rate of marriages by minors in the nation, even though some safeguards already exist to protect young would-be brides and grooms. But the state already has laws in place to prevent would-be Romeo and Juliet couples from getting hitched without their parents’ permission.