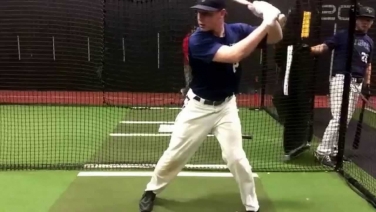 June 11, 2016 (Secaucus, Nj.) - The last 29 rounds of the 2016 MLB Draft were today and the Padres finally remembered that there are other positions besides pitchers.  Scroll down for more info on all of the last 29 Padres picks.

Tre Carter (OF) - Tre Carter is a recent graduate of Soddy Daisy High School in Tennessee and is committed to the University of Tennessee.  He’s 6’3” and has good speed, arm and fielding.  This spring, he hit .481 with a 1.074 slugging percentage and reached base over 60 times.

In East County news, right-handed Granite Hills High pitcher Andrew Brown was drafted by the Philadelphia Phillies in Round 13.  Now onto the Padres’ Round 13 pick: 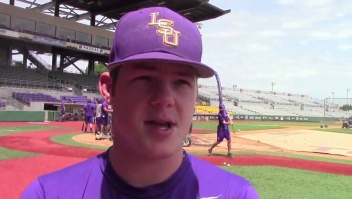 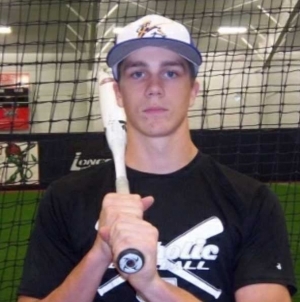 Chris Mattison (catcher) – From Southeastern University in Florida, but originally from Lancaster, Pennsylvania, Mattison is listed as a first baseman, but the Padres selected him as a catcher.  He previously attended Frederick Community College, where he was named NJCAA Player of the Year after leading the country in batting average, hits and RBIs.  He totaled 24 doubles, four triples and 12 home runs throughout his community college career.

Chris Baker (SS) – From the University of Washington and San Mateo California.  Baker was named All-Pac 12 and to the All-Pac 12 Defensive Team.  He was tied for ninth place in home runs with seven, ninth in hits with 68, 11th in slugging percentage with .491 and sixth in total bases with 106.  He leads the Huskies in hits, home runs, RBIs, extra base hits, triples and multi-hit games.

Jaquez Williams (1B) – From East Coweta High School in Georgia, he’s an Honorable Mention 2016 All-American and on the Southeast All-Region First Team.

A.J. Brown (CF) – From Starkville High School in Mississippi, he’s a dual athlete in baseball and football.  He had a mediocre batting average this spring (.143), but his overall on base percentage is .384.  He has a career 21 RBIs and 18 runs.  He’s an excellent fielder, sporting a .905 fielding average.

Evan Miller (RHP) – A reliever from Indiana-Purdue University.  He had one complete game in 2015.  He went 6-5 with a 4.50 ERA, 80.0 innings pitched, 94 strikeouts and one save.  He led the Mastodons in wins, starts, innings pitched, strikeouts, batters struck out looking and opponent batting average.

Nate Easley (2B) – From Yavapai College in Arizona and the son of current Padres coach Damian Easley.  He has a .403 batting average with 11 home runs, 82 runs, 29 stolen bases and 65 RBIs.

Hunter Bishop (CF) – From Junipero Serra High School.  He’s a dual athlete in baseball and football.  He sports a .426 average with 23 RBIs, 29 runs and 43 hits this spring.  He also has three homers.

Luis Anguizola (catcher) – From Loyola University in Louisiana.  As of June 7th, he is a 2016 NAIA Baseball All-American Honorable Mention. He hit .348 with a .427 on-base percentage in 2015.  He led the Wolf Pack in batting average, hits, doubles, total bases, slugging percentage and putouts.  He’s originally from Panama.

Grae Kessinger (SS) – From Oxford High School in Mississippi.  He’s a quick shortstop who’s committed to Ole Miss.  He comes from a long line of baseball players.  He has soft hands, a quick right-handed bat, but he’s only 175 pounds with a 6’2” frame, so he may not be ready for pro pitching just yet.

Dalton Erb (RHP) - From Cal State Chico, transfer from El Camino Community College.  He's a big kid, towering at 6’8”.  In two seasons there, his ERA was a decent 2.89.  He threw two complete games, striking out 63 hitters in 65.1 innings.

Mark Zimmermann (RHP) - From Baldwin-Wallace College.  He's a pitcher with power who's hit four home runs.  His ERA is less than impressive:  3.67, but he makes up for it with his power at the plate with 42 RBIs and 46 runs and with his speed on the base pads with eight stolen bases.

Denzell Gowdy (3B) - From Darton College.  A freshman who won the 2015 Southeast Region Honorable Mention.

David Bednar (RHP) – From Lafayette College in eastern Pennsylvania.  He leads Lafayette starters with the lowest ERA (3.92), five complete games, 70 strikeouts and a .241 batting average against.  He has the third highest number of strikeouts (188) in program history.

Quinn Hoffman (SS) – Quinn isn’t from East County, but from San Diego’s very own Cathedral Catholic High School and the son of Trevor Hoffman.  A San Diego kid all around, he gets to play for his hometown team and the team his father made history with.  Throughout his high school career, he’s batting .311 with 33 runs and 17 RBIs.  This past season, he hit .289 with 20 runs.

Ryan Rolison (LHP) – From the University School of Jackson in Jackson, Tennessee.  Considered one of the best left-handers in the draft, he was a member of the U.S. national team that won the gold medal last summer.  He worked on his stuff and is pitching in the low 90s now.  His curveball is sharper and is starting to like his changeup more.  He can work both sides of the plate.  He is committed to Ole Miss.

William Solomon (LHP) – From Georgia Gwinnett College.  He has an impressive 8-1 record with four saves in 59.1 innings pitched.  His ERA is great—2.41.

Christopher Burica (LHP) – With their final pick of the 2016 Draft, the Padres took Christopher Burica from Orange Lutheran High School in Orange, California.  This might be the most impressive pick; Burica has a 1.08 ERA and has pitched 103.1 innings.  This past spring, his ERA was an amazing 0.68 and he sported an 8-1 record with two saves.  He has 85 career strikeouts.