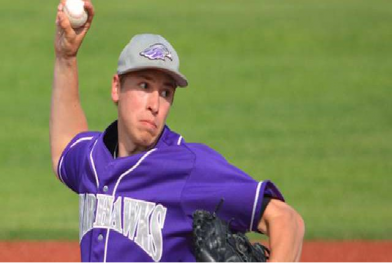 June 10, 2016 (Secaucus, Nj.) - The Padres were busy on Day One of the MLB Draft, drafting five picks.  Day Two of the MLB Draft covered Rounds 3-10.  Scroll down for reports on all seven of today’s Padres draft picks. 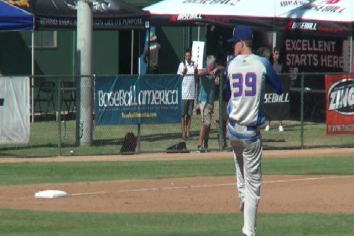 Mason Thompson (RHP, 85th overall) - Mason Thompson, from Round Rock High School in Round Rock, Texas, played a little bit for Team USA’s 15 and under team.  He’s 6’7” and underwent Tommy John surgery as a junior and only pitched one inning this spring.  If not for the elbow, he would’ve been a first round pick.  He has the potential for a good curveball and an average changeup.  He’s committed to the University of Texas.

Joseph Lucchesi (LHP, 114th overall) - A senior out of Southeast Missouri State, Lucchesi was one of the top senior college prospects in the 2016 draft.

Lake Bachar (RHP, 144th overall) - Hailing from the University of Wisconsin-Whitewater (and before that, Aurora, Illinois), Bachar only started playing baseball last spring, but he’s already throwing great strikes.  He pitched a six-hit shutout in the NCAA Division 3 regional playoff.  He’s the best prospect out of UW Whitewater since Bob Wickman.  His fastball can reach 95 MPH.  He was a kicker and punter on the Whitewater football team previously, but seems to have adjusted well to baseball.

RE-DRAFT:  Will Stillman (RHP, 174th overall) - Another pitcher.  Will Stillman is a senior at Wofford and originally from South Carolina.  A decent pitcher who can fit in anywhere in a rotation.

Benjamin Sheckler (LHP - 234th overall) - Scheckler in the seventh pitcher in a row selected by the Padres.  He’s from Cornerstone University in Grand Rapids, Michigan.  He’s the first player drafted out of Cornerstone and is a pitch ability player.

Jesse Scholtens (RHP - 264th overall) - A transfer to Wright State University in Ohio from the University of Arizona and Diablo Valley Community College, but originally from Fairfield, California, he’s big, physical and throws a 92 MPH fastball.  He went 7-4 in 2015 with a 3.08 ERA.  He had 72 strikeouts and 21 walks.  Scholtens was all league, all district and all state in his last three years of high school and holds Rodriguez High’s record for strikeouts, innings pitched, ERA and no-hitters.

Charles White (2B - 294th overall) - Hallelujah!  The Padres’ last pick of the day is a position player!  White is at Texas A&M, where he transferred from Texas Christian University.  Nicknamed Boomer, he earned All-Big 12 First Team recognition as a sophomore.  He batted .315 that year, with 49 runs, 14 doubles, two home runs and 12 stolen bases.  He’s from Houston and attended Memorial High School, where he played football and baseball and was named All-Greater Houston for each of his last three years.