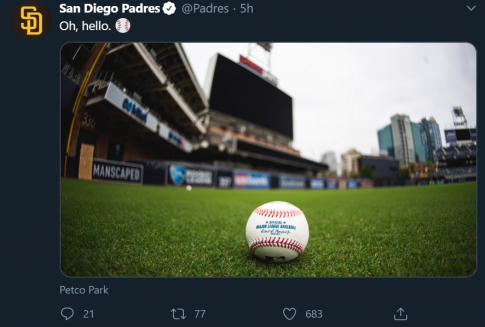 Major League Baseball commissioner Rob Manfred has announced that the MLB will officially begin a 60-day season, starting around July 24, according to ESPN.

Pro baseball didn't even get to see spring training begin this year, as in March, all games were canceled due to the COVID-19 pandemic, which several players tested positive for.  The league said they will "continue to evaluate ongoing events” in regards to the upcoming season.

Another league joining the MLB in reopening is the NBA, which has announced that it will resume play on July 31 with only 22 out of 30 teams for eight regular season games at Disneyworld before a possible play-in tournament for eighth seed and then the playoffs.