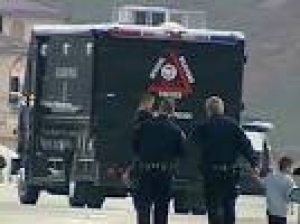 December 11, 2014 (Santee) – Amber Alert suspect Daniel Perez was taken into custody this morning following a chase across East County, with his four children safe. According to CHP, Daniel Perez, 43, of Montebello, and his four sons was in his 2014 Toyota Camry and stopped on the onramp from State Route 52 to Highway 67 in Santee by barricades.