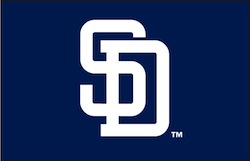 With the MTS Trolley’s new operating plan, all three Trolley Lines provide direct service to PETCO Park. The new Green Line goes straight to the Gaslamp Quarter Trolley Station, which is steps away from PETCO Park entrances. Blue Line and Orange Line passengers should debark at 12th & Imperial for PETCO Park. Fans who ride the Trolley avoid traffic hassles and can park for free at one of many park-and-rides available on MTS’ three light rail lines.

The first pitch for the sold out home opener is at 3:40 p.m. and fans are encouraged to purchase their fare and be on board a Trolley at least 90 minutes before game time.

MTS encourages fans to buy Day Passes before boarding the Trolley on their way to the ballpark to save time and avoid ticket lines after the game. Day Passes are $5 for people with Compass Cards. There is a $2 fee for Day Passes purchased without Compass Card. Trolley Ticket sales agents will be located at high volume stations.  For all other stations, purchase a one-way ticket or Day Pass from the station ticket vending machines.

Once you have a Compass Card, keep it and reload it. Your Compass Card can also be used to purchase and load other adult fare products without any additional charge.

MTS operates more than 90 bus routes and three Trolley lines on 53 miles of double-tracked railway. For more information on how you can use public transportation and save money, go to www.sdmts.com.