A key question is who, if anyone, bears responsibility for financial losses resulting from the outage 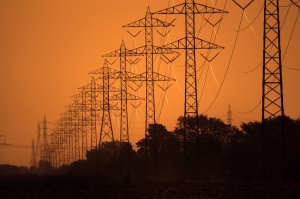 September 11, 2011 (San Diego) –The California Independent System Operator Corporation (ISO), which operates California’s grid has initiated a joint task force to investigate the widespread blackout that left more than a million Southern Californians and five million users in the southwest and Mexico without power for up to 12 hours.

In addition, the Federal Energy Regulatory Commission (FERC) and the North American Electric Reliability Corporation (NERC) announced a joint inquiry in cooperation with the ISO, WECC, all utilities impacted and state regulators in California and Arizona. WECC has also announced its own Event Analysis that will be conducted with participation from the California ISO.

“NERC and FERC are partnering to conduct a full inquiry into the cause of this event,” said Gerry Cauley, president and chief executive officer of NERC. “Partnering brings together the expertise of both organizations, and emphasizes the importance placed on reliability of the bulk power system.”

“This inquiry is an effective way for us to protect consumers and ensure the reliability of the bulk power system,” FERC Chairman Jon Wellinghoff said.

“Our first priority was to help restore electricity to customers in the San Diego area who were hard hit by this devastating blackout and we appreciate all the entities that teamed up to perform herculean efforts overnight,” said ISO President and CEO Steve Berberich. “We now turn our focus to root-cause analysis to investigate the reason for the series of events that triggered the widespread power outage.”

The ISO task force will conduct a full investigation in a “thoughtful, collaborative and transparent fashion to guard against it happening again,” a press release issued by the ISO stated, pledging that findings from the investigation will be made public when available. In close coordination with the Western Electricity Coordinating Council (WECC), the ISO will bring together all of the utilities impacted by the outage including Arizona Public Service, San Diego Gas & Electric, Southern California Edison, Imperial Irrigation District and Comisión Federal de Electricidad, which serves customers in northern Baja.

SDG&E has indicated that the power outage originated when a worker for an Arizona power company replaced a piece of equipment.  The action apparently triggered a domino effect.

No explanation has yet been offered for how a single incident of operator or equipment failure could take down the entire power grid--or whether any entity may bear financial responsibility for losses incurred due to the blackout.

The outage had far-reaching impacts, including sewage spills that shut down local beaches and water pump failures that left many thousands of San Diego County residents under boil-water orders over the weekend.  Schools were closed countywide Friday and many area businesses lost money, particularly restaurants that had to discard spoiled food.

There were isolated reports of break-ins and traffic accidents that may be linked to the outage. Some hourly workers lost pay when sent home early and homeowners also faced loss of perishable foods. In addition, emergency responders reported an increase in medical calls during the outage, including some that were heat-related as air conditioners went down during triple-digit temperatures.