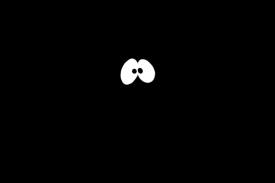 September 10, 2017 (Spring Valley) -- A small section of Spring Valley suffered two power outages on August 28-29 and September 2-3, knocking power out on half of Vista Drive and Helix Street from where it connects to Lamar Street almost to the point where Helix connects to Montemar Drive. In the first instance, the power was out from 5 p.m. to 1 a.m. and the second from 11 p.m. to 2 a.m. 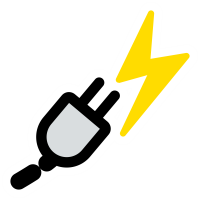 June 19, 2017 (Del Cerro) – Residents in parts of Del Cerro, La Mesa and the College area around San Diego State University area were left without power for around two hours in blistering heat this morning after a Mylar balloon struck power lines. 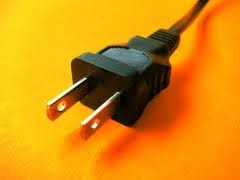 August 30, 2016 (San Diego’s East County) – SDG&E has responded to our inquiry asking why it took 16 hours to fully restore power to communities including Potrero and Dulzura. 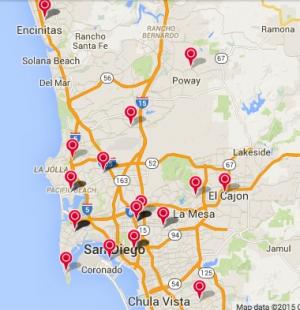 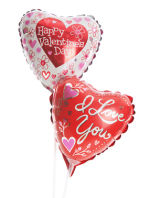 February 13, 2013  (San Diego)--Mylar balloons can make great Valentine’s Day gifts, if they’re kept indoors or securely tied down, but they can also pose a safety hazard.  San Diego Gas & Electric (SDG&E) today urged customers to be aware of the dangers that can arise when Mylar balloons touch power lines.

The metallic coating on Mylar balloons is an excellent conductor of electricity. If a Mylar balloon touches a power line, it could cause a power outage in your neighborhood, and even an electrical fire.

September 22, 2012 (El Cajon)-- A power outage that left downtown El Cajon, including the courthouse, in the dark yesterday afternoon and evening was started by a transformer fire, ECM has learned.

According to a fire official, there was also an underground explosion and gas leak--a potentially dangerous situation that forced shut down of an adjacent gas station and blocking off a section of Main Street just west of downtown.

The outage began about 3 p.m. SDG&E's website indicated power restoration could take up until 11:59 p.m.  The website blamed a "suspected problem in the overhead electrical system" although there are no powerlines visible near the transformer in question. 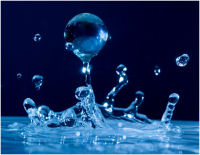 September 16, 2011 (Spring Valley) - With the recent power outage, now is the perfect time to check your irrigation system to make sure everything is working correctly and avoid overwatering. Keep in mind that when power is lost to irrigation clocks or timers that do not have backup battery power, they will revert to the manufacturer’s default setting of 10 minutes every day, typically at noon, and irrigate up to 70 minutes per week.

A key question is who, if anyone, bears responsibility for financial losses resulting from the outage 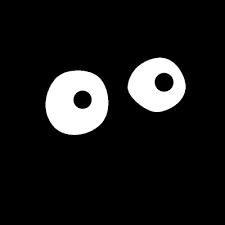 December 13, 2010 (San Diego’s East County) – An estimated 1,000 to 2,000 customers are in the dark due to a power outage in Santee, El Cajon, Fletcher Hills, Lake Murray and Sycamore Canyon areas, SDG&E reports. Power went down around 5:26 p.m. due to a suspected problem in overhead electrical lines.

Estimated time for power to be restored is 7 p.m.