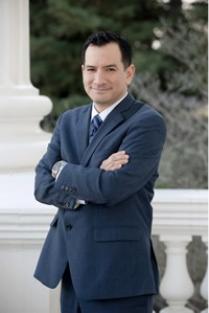 March 7, 2016 (Sacramento) – A new Assembly Speaker was sworn in this week in Sacramento, promising more government oversight and increased efforts to address childhood poverty, among other issues.

Anthony Rendon, a south Los Angeles Democrat, previously chaired the Assembly committee that oversees utility companies and state regulators. He introduced several bills seeking to reform the California Public Utilities Commission, including a measure that would have made it easier for consumer groups to sue the CPUC.

Governor Jerry Brown vetoed all three of Rendon’s reform bills and 47 other CPUC reform measures.  Rendon stated after the vetoes, “ We need to rebuild the public’s trust in their government. Each and every day, dysfunction continues at the CPUC, that trust erodes.”

The new chair of the utilities committee, has carried on in Rendon’s footsteps, introducing in February a measure that would disband the CPUC completely.  It’s unlikely Governor Brown would sign such a measure, raising the question of whether Rendon might spearhead something not tried in years in the Assembly: an effort to override a governor’s veto.

Rendon is also a strong advocate of public education.  He has indicated a priority for Assembly Democrats will be to crat a new school bond ballot measure. He has said he was a “terrible student” as a child who benefitted from social safety nets including affirmative action, affordable college, English as a second language programs and food stamps.  He went on to receive a doctorate degree in political theory and taught political science and criminal justice at Cal State Fullerton, where he received  his own bachelor’s and master’s degrees previously.

Now he wants to reduce the high rate of poverty among California children and has also been outspoken on the important of a safe environment with clean air and water. He previously served as interim executive director of the California League of Conservation Voters.

He has not shied away from tackling major issues. As a freshman Assembly member, he crafted a $7.5 billion state water bond that was approved by voters by more than a two-thirds margin statewide. He has also passed bills to provide clean drinking water infrastructure to schools and to spur clean up of the polluted Los Angeles River.

Rendon replaces Toni Atkins, a San Diego Democrat, as Speaker. Atkins will be termed out of the Assembly after the fall election and is currently running for the State Senate seat currently occupied by Marty Block. Block announced he would not seek reelection after Atkins announced her candidacy.

However Rendon was announced that in a break with recent predecessors, he will not introduce any legislation of his own, instead focusing on bills authored by others.  He will have a powerful role however in shaping the language of legislation coming to a vote on the Assembly floor.

Rendon could serve as speaker until 2024, due to a change in term limit laws allowed by voters that now allows a member to serve 12 years in a single legislative house. That could make him the longest serving speaker since Willie Brown, a powerhouse in the 1970s and ‘80s.