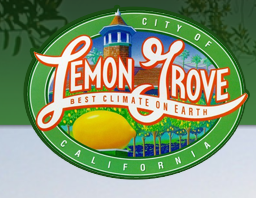 March 31, 2016 (Lemon Grove) –The Lemon Grove/Spring Valley area would have its own district to elect a trustee to the Grossmont Union High School District’s board under a plan that the GUHSD approved, but  that must next be approved or rejected by the County Office of Education’s Committee on School District Organization.

The County committee previously announced five hearings on the redistricting plan. Now, the committee announces a sixth hearing to be held on Wednesday, April 6 from 6-8 p.m. at the Lemon Grove Library community room, 3001 School Lane in Lemon Grove. (Map)

To view data on the GUHSD redistricting plan including demographic details and maps, click here.

The board adopted the plans after receiving a letter from an attorney suggesting the district may be violating state and federal Voting Rights Act requirements.

The proposed plan would create five districts each able to elect their own trustees ultimately.  District 1 in Lemon Grove/Spring Valley/La Prensa would be an open seat up for election in November.

District 2 would include the La Mesa-Mt. .Helix area, with trustee Jim Stieringer up for reelection this fall.

District 3 in EL Cajon would be represented by Dr. Gary Wood, who is not up for reelection until 2018.

District 4, with parts of Lakeside and Santee, has two trustees living there, Priscilla Schreiber and Robert Shield. Schreiber, whose term ends after the November election, would be forced off the board since Shield still has two years remaining. This has drawn objections from some district residents notably in Alpine, since Schreiber has been the only advocate for an Alpine high school remaining on the board.

District 5 would include most unincorporated areas as far north as Alpine and as far south as Jamul.  It is represented by trustee Jim Kelly, who won’t be up for election until 2018. This has rankled many Alpine residents due to Kelly’s opposition to an Alpine high school. Two major tribes in the Alpine area have also long supported the Alpine high school and one funded an unsuccessful challenge to Kelly in the last election over that issue, raising the question of whether the redistricting may be unfair to Native Americans, a protected class under the Voting Rights Act.

The plan has drawn opposition also from Ben Kalasho, president of the Chaldean-American Chamber of Commerce. He contends that the redistricting splits the Iraqi-Chaldean voting block into multiple districts, though Chaldeans are not currently a protected class under the Voting Rights acts.

The plan has received testimony in support from some parents and teachers, and it is also backed backed by four of the five Grossmont trustees.