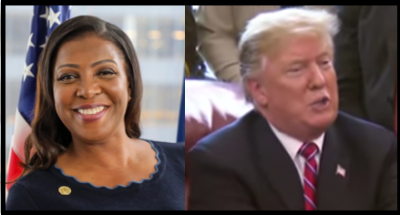 “We’re also making a criminal referral to the U.S. Department of Justice,” James announced. On Twitter, she posted, “There aren’t two sets of laws for people in this nation: former presidents must be held to the same standards as everyday Americans.”

Her office has also referred the matter to the U.S. attorney’s office for the Southern District of New York and to the Internal Revenue Service (IRS) to investigate possible state and federal criminal laws.