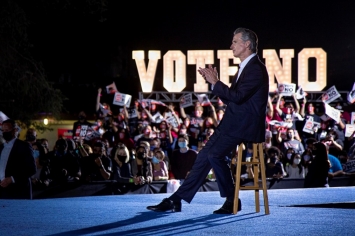 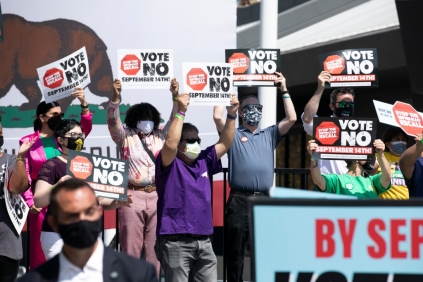 Photo:  Gov. Gavin Newsom supporters hold up signs urging voters to vote “no” on the recall during a campaign event at the IBEW-NECA training center in San Leandro on Sept. 8, 2021. Photo by Anne Wernikoff, CalMatters

September 14, 2021 (Sacramento) - For nearly 25 years, Gov. Gavin Newsom rose the ranks of California politics without ever losing an election, buoyed by connections to powerful San Francisco Democrats and a willingness to take risks — like sanctinoing same-sex marriage — that put him at the vanguard of his party.