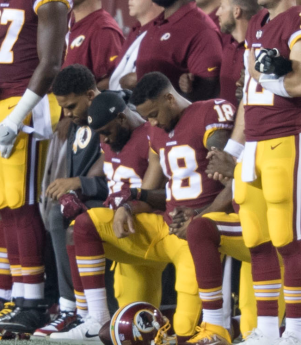 The national anthem protests demonstrated by players using their platform on the NFL gridiron are protests against racial injustice, not the flag or military. I'd argue that if civil rights activists, including athletes like Muhammad Ali and Jackie Robinson, watched the NFL now, they'd applaud these patriotic men.

October 11, 2017 (San Diego) -- When sports collide with politics, it's a beautiful thing to see. Well, for me at least. I do realize that there are the average Joes out there with their beer helmets who like to sit in their recliner for eight hours and watch nothing but football. I’ve been there! But please keep an open mind when reading the following.