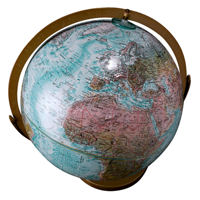 A Better World is Possible co-organizer speaks out
By Norrie Robbins
July 4, 2012 (San Diego) -- When a democratic country loses its ability to write and enforce environmental, health, transportation, communication, land use, copyright, and labor laws, it loses its sovereignty.
The Trans-Pacific Partnership (TPP), which masquerades as a trade bill, presently includes nine countries whose trade representatives, including ours, have been meeting secretly for 3 years under the behest of 600 multinational corporations that do not want to be subject to laws and regulations.
With the leaking of two of 26 chapters, it was revealed that the Obama administration had agreed to submit the US to the jurisdiction of foreign tribunals where foreign corporations would be empowered to challenge US laws and demand unlimited compensation from the US Treasury.  Congress will not be allowed access to the documents, nor will the Chair of the Senate Finance Committee’s Subcommittee on International Trade, Customs, and Global Competitiveness.  Congress will be required, however, to vote it up or down so the President can sign it into law.  Any changes to TPP require that all signatories agree.
Analysis of the leaked chapters show that TPP will waive Buy American procurement policies for all firms operating in the TPP countries; offshore millions of good-paying jobs to low-wage nations; undercut working conditions globally; allow foreign firms the ability to acquire land, natural resources, and factories without government reviews; expand pharmaceutical monopoly protections and institute a system of longer patent life so as to decrease access to affordable medications; limit food GMO labeling and allow import of goods that do not meet US safe standards; expand copyright rights and enforcement; institute regulation that will kick people off the internet after committing three infringement violations, and roll back Wall Street by prohibiting bans of risky financial services.
Secret negotiations, public debt, paying corporations with taxpayer money, and loss of American sovereignty--this sounds like treason.  It must be stopped.
This week, negotiators from 8 countries are meeting in San Diego to gut our environmental, health, transportation, communication, land use, copyright, and labor laws for the benefit of 600 corporations (the Trans-Pacific Partnership).  Activists, including me, have designed an alternative conference called "A Better World is Possible."  Some meetings are the Peace Resource Center off Home Ave. or at the old water tower in Balboa Park (Centro Cultural de Raza).  For details, click here.