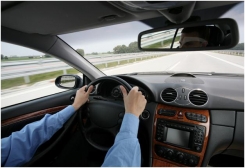 Supporters of Prop 33 say it gives drivers the freedom to change insurance companies and keep a discount for good drivers. In turn, insurance companies compete harder for customers, which advocates say can lead to lower insurance rates and more insured drivers overall.

Don Perata, former California State Senate president pro tempore said, "This initiative does what most states have done successfully and allows the consumer to control the discount. This is not a party issue. This is a fairness question, and as a legislator and policymaker, I always supported the portability of this discount. It just makes sense."

Opponents of Prop 33 call it another “deceptive insurance company trick” and point out that voters defeated the similar insurance-company sponsored initiative in 2010. Their main argument is that Prop 33 unfairly punishes people who stop driving for legitimate reasons, even if they weren’t driving or didn’t have a car, and allows insurance companies to raise rates on consumers by as much as $1,000.

Opponents of Proposition 33 include the Consumer Federation of California and Consumers Union, the California Alliance for Retired Americans, California Church IMPACT, and California Democratic Party, among others.

Brian Stedge of Consumer Watchdog said, "Mercury Insurance is back with another costly ballot initiative which attempts to trick voters into giving insurance companies new power to increase premiums and punish consumers. Mercury Insurance has a terrible history of mistreating its customers, ignoring the law and trying to deceive voters, and Californians need to know that you can't trust Mercury Insurance. The last thing Californians' need is another self-serving ballot initiative by a corporation hell bent on increasing its profit margins on the backs of already struggling families."

Richard Holober, Executive Director of the Consumer Federation of California, says, "When was the last time a billionaire insurance magnate spent a fortune to save you money? Never. This proposition is nothing more than an insurance tycoon's self-enrichment scheme."

The Los Angeles Times warns that the Yes on Prop 33 campaign has engaged in deceptive advertising.  One 30-second spot declares: "Proposition 33 protects our veterans and military families, and allows them to keep their discount on car insurance, saving them money."

But the Times concludes, “It would do nothing of the kind.”