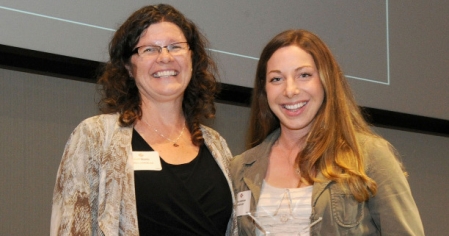 “Jim has made extraordinary contributions to the success of SDSU’s athletics teams,” Hirshman said of Sterk’s leadership during the most successful period of time in Aztec Athletics history. “I am grateful to Jim and his family for their service to the university community and wish them great success in their new endeavor.”

Sterk will serve as the Director of Athletics for the University of Missouri beginning Sept. 1.

In his six seasons as Athletic Director for SDSU, 50 teams have advanced to NCAA championships, with 20 of those squads finishing in the top 25. Since the beginning of the 2012-13 academic year, the Aztecs have claimed 32 team conference titles and SDSU remains one of the top football and men’s basketball programs nationally, posting the third-highest combined winning percentage this decade.

In March, Sterk was recognized for the success of our program and was named an Under Armour Athletic Director of the Year by the National Association of Collegiate Directors of Athletics.

As Athletic Director at SDSU, Sterk has been a champion for student-athletes.  This year alone, 313 of the 550 student athletes at SDSU were named scholar athletes, with a cumulative GPA of 3.0 or higher.

During Sterk’s time at SDSU, fundraising for the athletic program grew dramatically.  When Sterk first arrived, SDSU was raising $2.6 million per year for athletic scholarships.  This year, the total raised for scholarships was $5.6 million.  Under his leadership, Aztec Athletics raised $14 million for the Jeff Jacobs JAM Center for men’s and women’s basketball.

The university will launch an immediate search for a new athletic director, with a committee chaired by Vice President for Business and Financial Affairs Tom McCarron.

“San Diego State University is committed to the continued success and achievement of Aztec Athletics and the coming year promises to be an exciting one for Aztec Athletics as we set our sights on conference championships and success for our student-athletes,” said Hirshman.  “We will build on the success that Jim Sterk brought to San Diego State as we go into the new year.”