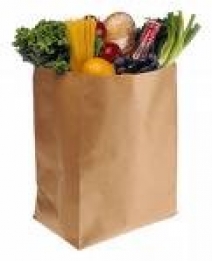 Under the deal, announced by United Food & Commercial Workers union, workers will receive a small 85 cent an hour pay raise on average and keep healthcare benefits.  The grocery chains agreed to back off on its proposal to raise retirement age.

Workers will also be eligible for raises sooner by 400 hours than in the past, with raises retroactive to the start of contract negotiations in March. In addition, grocery stores must give a week’s notice of shifts, instead of 72 hours, helping workers who must juggle school, family needs or second jobs.

The union previously voted to authorize a strike if a deal was not hammered out. A boycott had been called against six local stories, including two in East County.

Carlos Illingworth, spokesman for Vons and Albertsons, says the three-year contract “acknowledges the important contributions of our front-line employees, our most valuable asset, and allows our company to remain competitive,” the San Diego Union-Tribune has reported.

The agreement comes in the wake of increasing competition in the grocery industry, with companies such as Smart & Final, Sprouts and Trader Joe’s taking increasing market share.  Two other prominent grocery chains, Haggen and Fresh & Easy, recently declared bankruptcy and pulled out of the local marketplace.