November 30, 2009 (La Mesa) --The Academy of Performing Arts, San Diego’s acclaimed dance studio which has sent numerous students on to professional ranks, has just relocated to La Mesa. The new four-studio home is located at 5120 Baltimore Drive in the same shopping center with a Discount Dance Supply Store.

“There’s so many [of our] dancers that have done Broadway, film, television, everything.  We've been really fortunate to see all these former students doing so much work,” says APA  owner Kevin Patterson.  Patterson co-founded APA along with “Liam Harney, , a two-time world champion in Irish step dancing and star of the London production of Riverdance. 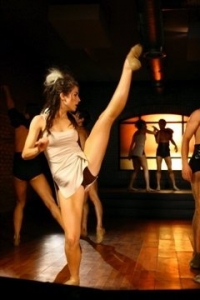 Notable alumni include Sara Jenkins, who has performed in the Broadway productions of Swing and Legally Blond, Tiffany Daniels, who is currently playing Squeak in the Broadway tour of The Color Purple and Justin Peck, a dancer for the New York City Ballet.

In addition to its top-notch dance classes, APA also has several professional dance companies in residence, such as Butterworth Dance, the PKG Project, McCaleb Dance, directed by Nancy McCaleb, a National Endowment for the Arts grant recipient, and the Garage, a contemporary ballet and modern dance company started by two former APA scholarship students, Ryan Beck and Kevin Jenkins. APA is also home to the Malone Academy of Irish Step Dance. 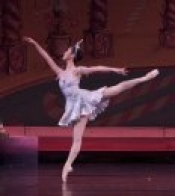 In addition to the companies in residence, APA is also affiliated with City Ballet of San Diego, Outreach through Dance, a production company dedicated to raising money for local charities, nonprofits and research organizations, FORMALity Hip Hop and the Polynesian dance company Halau ‘O Na Ali’i.

APA also boasts a stellar faculty roster of instructors. For musical theatre dance, there is Holly Cruikshank, who has performed in the Broadway productions of Hello Dolly, A Funny Thing Happened on the Way to the Forum, the original cast of Fosse, Contact and Movin’ Out, and the films The Producers and The Tourist. Jonathan Taylor, another musical theatre dance instructor, has also been seen on Broadway in Cats, 42nd Street and Beauty and the Beast.

For contemporary dance, instructor Kevin Hermann has performed for renowned choreographers Mia Michaels and Dee Caspary, as well as apprenticed for River North Dance Company in Chicago. He is currently the co-director of Fusion Dance, a local jazz and modern company. Jazz instructor Crischell Robinson has performed as a Radio City Rockette and alongside Hugh Jackman at the Tony Awards. 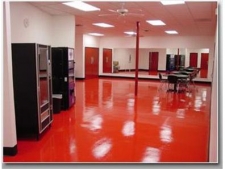 In addition, the studio will often bring in guest instructors to teach master classes. Some recent teachers have been Ray Mercer, who has performed in The Lion King on Broadway and Chad Azadan of Cirque du Soleil.

APA had its inception in 1993, when Patterson’s co-founder, Liam Harney, was teaching Irish dance at a local church.  He soon had too many students for the church to hold. When Harney was looking for a new space, Patterson suggested also holding classes in other forms of dance.

“I thought, well, there are not that many options for dancers to do all styles of dance,” says Patterson. But when APA first opened its doors at its original Mission Valley location, although the Irish step dancing school was going strong, the other classes were empty. However, students from nearby community colleges trickled in and finally, through word of mouth, the studio grew into one of the largest and best studios in San Diego.

Patterson also contributes his studio’s success to “trying to always stay collaborative and not necessarily competitive…not only asking dancers to only train with us. APA encourages people to just train anywhere and everywhere and get as much influence as possible.”

He also hopes the move to La Mesa will pose an opportunity to build up APA’s offerings in acting and singing, skills he describes as “such important components for theatrical arts,” in addition to making dancers more well-rounded and competitive professionally. “It was specifically called the Academy of Performing Arts for a reason,” says Patterson. “And it’s supposed to encompass all the performing arts, and now with this move we’ll have to ensure that that happens.”

The studio is also currently working with other San Diego arts organization about creating combined dance packages that would allow students to take classes at other facilities in addition to APA. Patterson would also like to see APA offer more dance classes for children, as the studio currently caters to teenagers and adults with the exception of their Irish step dance classes.

Overall, Patterson hopes that as his studio thrives, it will be a catalyst to nurture our city’s performing arts community and attract other dance and theatre artists to come to San Diego to hone their craft.

“Here we are in the eighth largest city in the country, one of the most beautiful climates in the world,” says Patterson, “and when there’s a faculty like this and there’s such a diverse program, why not take advantage and train down here?”

I think it's important to have art academies because students have several styles such as jazz, ballet, tap, hip hop, etc.. Also in a city as beautiful as San Diego is awesome