In the video, Bilbray is criticized for hypocrisy in collecting a public pension and public salary at the same time—while calling for smaller government.  A second video assails Bilbray for voting to give tax cuts to the rich, while opposing tax breaks for the middle class.

Yet another video slams Bilbray for letting “tax cheats” off the hook.   Footage shows a tropical resort in the Cayman Islands, while a narrator informs viewers that this paradise is “well known as a haven for tax dodgers and money launderers.”  The ad ends by asking voters, “Who is he really working for—the tax cheats or us?  Anybody but a lobbyist. There are much better choices.”

The group also takes aim at Nathan Fletcher, who recently quit the Republican party and claims to be launching an independent campaign to become San Diego’s next mayor.

An ad titled, “Nathan Fletcher, hero of corporate lobbyists” attacks Fletcher as a “proud member” of the American Legislative Exchange Council (ALEC), “funded by big oil, health insurance and even tobacco companies that spoon-feed their pro-industry legislation to politicians they control.”

The video informs viewers that ALEC legislation has sought to get rid of minimum wage laws, defund public schools to help private companies,  enable corporations to buy up prisons, and “outsource jobs to communist China.”  It also assails ALEC for supporting stand your ground laws linked to the death of Trayvon Martin in Florida and for funding a media campaign to “sabotage universal health care to protect the industry.” The ad asks voters, if Fletcher is elected “Who’s going to be writing the legislation—Fletcher or ALEC? Just how independent is Nathan Fletcher?”

The ads do not 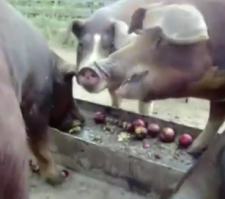 promote any specific candidate--and both Fletcher and Bilbray face multiple candidates on the ballot. Instead, the ad urges viewers to consider "much better choices" when casting their ballots.  Much Better Choices' website offers step by step tips for how to set up your own Social networking site accounts to help make videos go viral, sending those feeding pigs or surfing lobbyist scenes rocketing across cyberspace. 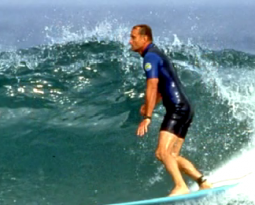