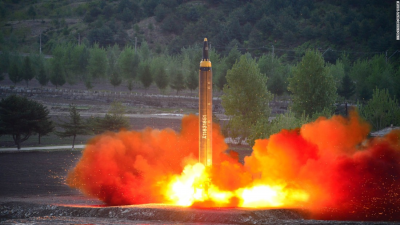 August 9, 2017 (San Diego) -- “North Korea best not make any more threats to the United States," President Trump told reporters yesterday at the Bedminster, N.J. retreat where he is vacationing. "They will be met with fire and fury like the world has never seen.”   (View AP video.)  The remarks came in response to growing threats by  North Korean leader Kim Jong-un.

But Trump’s strong though inflammatory statement triggered a response by North Korea threatening to attack Guam, where U.S. has a military base, with “enveloping fire,” CBS reports.