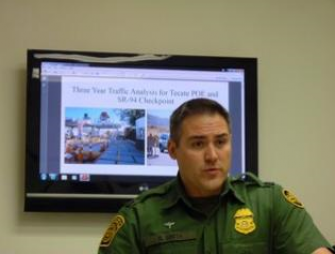 February 8, 2016 (San Diego’s East County) – Motorists on State Route 94 report longer commutes in recent months due to delays at the Otay Border Patrol checkpoint south of Jamul, as well as construction of a casino at the Jamul Indian Village and existing delays due to Steele Canyon High School traffic.

“Since April, the lines at the checkpoint have been consistently long and wait times longer,”  Jan Hedlun, a Potrero resident who commutes to work in San Diego, wrote to the Border Patrol last September. She described backups of over two miles at the checkpoint at times, with waits of nearly a half hour.