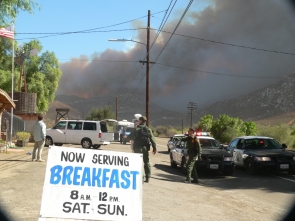 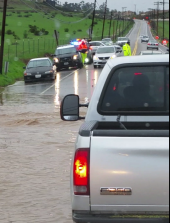 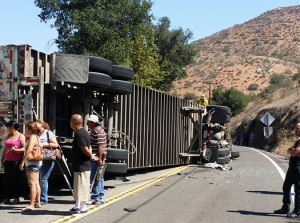 By Peter A. Andersen, PhD, and Daniel H. Silver, MD

Photos by Miriam Raftery:  State Route 94, the primary evacuation route for Proctor Valley and communities from Jamul south to Barrett Junction, has been previously shut down for hours or even days by the Harris Wildfire, flooding, and serious accidents.  A Border Patrol station, casino and high school along the highway (not shown) all add to traffic back-ups and congestion at peak times, drawing frequent complaints from residents in recent years.

The County Board of Supervisors will vote in June whether to approve a major housing development in Jamul, a community already ranked in the bottom 1% of hard-to-evacuate locations in the state. What will convince the Board to apply the lessons of the massive northern California fires to local land-use decisions? At what point does willful ignorance of the risks become negligence?