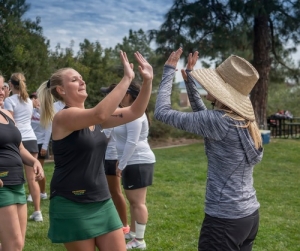 Head coach Megan Haber states, "We have such a great group of girls this year!"

The women head into the first round of dual team championships Tuesday, April 9 against Orange Coast College at 2:00 p.m. (at OCC).