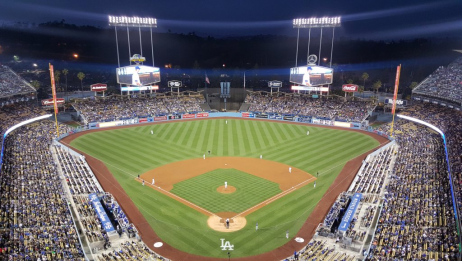 April 29, 2016 (Los Angeles) - The Padres started a three game series against the Dodgers tonight, hoping for a better result than their opening series, in which they were swept and did not score any runs.

Melvin Upton, Jr. knew what he had to do.  He singled in the fourth to score Matt Kemp to give the Padres a 1-0 lead.
That was erased in the sixth with Yasmani Grandal’s solo shot to tie the game at one.

It stayed knotted up until the eighth.  Kemp blasted a ball to left for a three run homer, his seventh of the season and the Padres took a 4-1 lead.
The Pads continued into the last inning too.  Travis Jankowski singled and drove home Adam Rosales and the Padres won game one 5-1.  6:10 p.m. start for tomorrow’s game two.