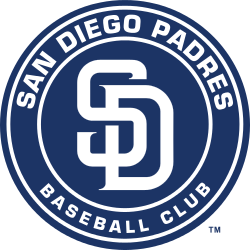 April 11, 2015 (San Diego)--On April 5th the San Diego Padres traded Outfielders Carlos Quentin and Cameron Maybin away to the Atlanta Braves along with another outfielder and pitcher, in exchange for The National Leagues leading closer Craig Kimbrel, and Outfielder, Melvin Upton Jr, who is also the brother of another offseason trade from Atlanta, Justin Upton.

Along with other additions such as Matt Kemp who was picked up from the Dodgers, and James Shields, who came over from Kansas City, The Padres are expected at the very least to compete for an NL West Title, if not to go deep into the playoffs.

Of course the games must be played. No matter how good the team looks on paper, unforeseen injuries and mishaps can derail a team that was projected to do well. Either way, Padres fans are more excited than they have been in years, due mostly to the acquisitions by General Manager AJ Preller, who many credit with turning the franchise around.