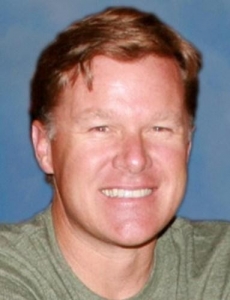 Grandson of Henry Boney, the founder of Boney’s Marketplace, later known as Henry’s Marketplace, Shon worked in all aspects of the San Diego based business until it was sold to Wild Oats. He then moved to Arizona, where he co-founded and served as CEO of Sprouts Farmers Market, which grew into one of the nation’s preeminent healthy grocery store chains.

Born in La Mesa on Nov. 9, 1968, Boney graduated from Grossmont High School in El Cajon, where he lettered in baseball, football and soccer. Later he played baseball for the University of California, Los Angeles. He married Heather Ryan in 1993; the couple had three daughters Sydney, Brooke, and Morgan.

Also a private pilot, he flew cancer patients and veterans cross-country for treatments. He enjoyed ski racing on the Mammoth Mountain Ski Team, as well as mountain biking and activities with his family.

“He was passionate about helping people," says his sister, Missy Benker, 10 News reports. "If he ever learned about anyone in need, he was always one of the first ones there to help and trying to find a way to help."

A memorial service for Shon Boney is planned on April 17 at 1 p.m. at Secret Hills Ranch in Alpine. Instead of flowers, the Boney family suggests donations to one of the charities that Shon supported:  challengecenter.org, veteransairlift.org or angelflightwest.org