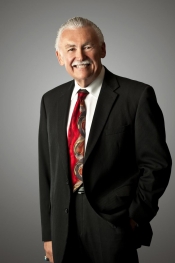 “Bill will be missed greatly at MTS,” said Paul Jablonski, chief executive officer of MTS. “He brought many innovations to MTS and helped our system become one of the safest in the nation. More than that, Bill was a gentleman who earned respect from every one of his colleagues. Our thoughts and prayers go out to his friends and family.”

Burke was responsible for several significant improvements to the MTS system, Including:

·         Development of the local See Something, Say Something campaign

Burke is survived by his wife Janice, three children and five grandchildren. Effective immediately, Deputy Director of Transit Security Manuel Guaderrama was named the acting director of security for MTS.