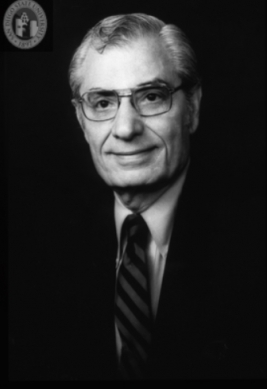 August 30, 2019 (San Diego) – Wadie P. Deddeh, former state Senator from San Diego and the first Iraqi-American elected to public office in the United States, passed away on August 27, just days before his 99th birthday.  Hailed as a statesman and an American success story by leaders on both sides of the political aisle, Deddeh;s legacy includes authoring the 1972 bill that established the California Department of Transportation (CalTrans) and inspiring generations of immigrants to attain the American dream.