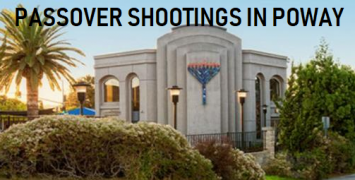 The Sheriff's office reported shortly after noon that it was investigating reports of a man with a gun in the vicinity of the synagogue in the 16000 block of Chabad Way. The Sheriff's Poway office later confirmed injuries. 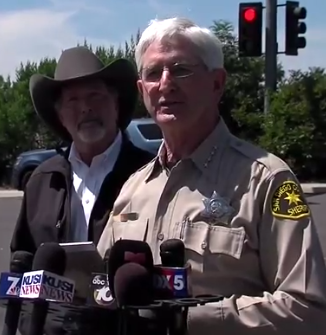 The Sheriff's department confirms it will also increase security at other houses of worship during the Jewish holiday.

In addition, the Sheriff posted on Twitter, "Please respect the medical privacy of victims & their families during this difficult time. Remain clear of the area as this investigation will take several hours."

Poway Mayor Steve Vaus has said that the congregation was targeted by "someone with hate in their heart ... towards our Jewish community and that just will not stand," CNN reports."I also understand from folks on the scene that this shooter was engaged by people in the congregation and those brave people certainly prevented this from being a much worse tragedy." 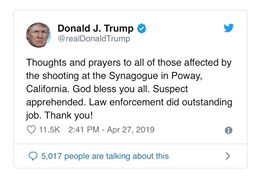 Vauss indicated that President Donald Trump, who is visitng in nearby Imperial County today, called to offer support after hearing of the shooting. On Twitter, Trump tweeted praise for law enforcement and offered "thoughts and prayers" for all affected by the shooting.
Vaus, also a candidate for County Supervisor, has called the shootings a "hate crime," also posting on Twitter, "Hate has no place in ANY community... least of all Poway. We will put our arms around each other and walk through this tragedy as the family we have always been and always will be."
A family assistance center was set up at Poway High School shortly after the incident, but has since closed.
The FBI is assisting in the investigation.

This is so sad. Hate, racism and violence is becoming more and more common every year it seems.