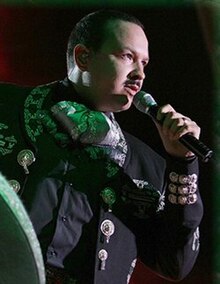 The American born singer and songwriter raised in Mexico started singing on stage at three years old and he’s never left.  The son of Mexican music and film stars Antonio Aguilar and Flor Silvestre, he attained stardom in his own right with an album of romantic ballads in 1998. Since then, he’s embraced traditional Mexican rancheria and mariachi music as well as pop  music – a style that has won him multiple Grammy and Latin Grammy Awards and sold over 12 million albums.

Tickets are available at http://viejas.arenasandiego.com/