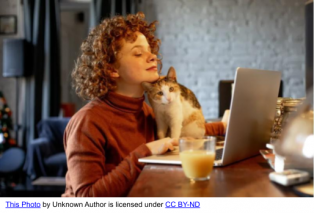 A Money.com-Morning Consult Report
March 22, 2021 (San Diego) -- The COVID-19 crisis deepened the bond between Americans and their pets, and a majority of those who acquired new pets during the pandemic did so in part from loneliness. And most pet owners by far would go to the mat to save their pets, regardless of the medical cost of doing so.

Those are among the key findings from the first comprehensive survey, by Money.com, of how people have treated, and felt about, their pets during the pandemic.

The poll of 2,200 Americans, including 1,384 pet owners, was conducted in early March by Morning Consult, and probed not only changes to America’s relationships to its pets during COVID-19 but to what is spent on them and how and why new animal companions were acquired.
We also wanted to know what people were willing to spend on their pets’ medical care and the degree to which they trusted their vets’ advice. Also important was to probe pet owners’ knowledge about pet insurance -- the health-care coverage whose annual dollar sales have been growing annually by double digit percentages in recent years -- and to detail where they bought the policies.
The table of contents below contains five key findings from our study.
Here is a brief overview of the results:

Here’s the same information in the form of an infographic (right):
Since shelters were the most popular places to get a new pet -- and a highly satisfying source, according to survey respondents -- we also teamed up with the crowdsourced ratings service Yelp to help would-be pet owners find a great place to adopt an animal.
We identified businesses in the Animal Shelter and Pet Adoption categories, then ranked those spots using a number of factors, including the enthusiasm and total volume of reviews for them.
Here are all the shelters in the US with the best rating by state we will be featuring on Monday (below left and right):

“For the full report, please see “Pets and Pet Spending During the Pandemic: A Money.com-Morning Consult Report.”

(link will be live the day of the article publishing) https://money.com/pet-pandemic-national-survey

The article is written by Paul Reynolds, our editor for pet insurance articles: https://money.com/best-pet-insurance/ 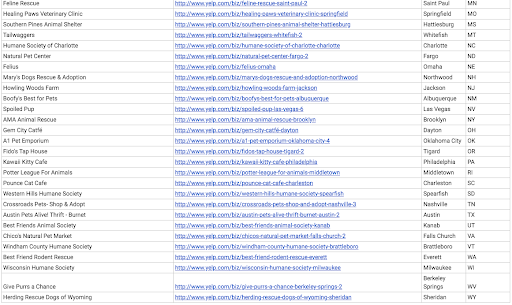 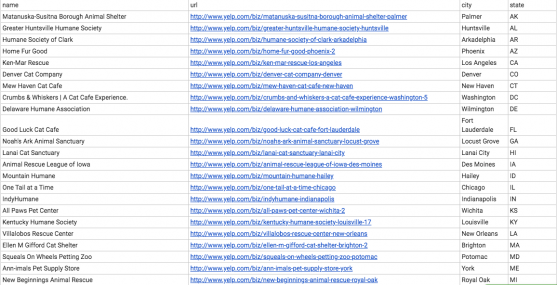