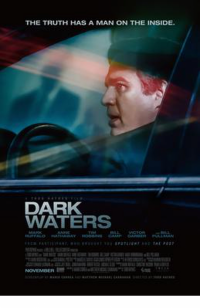 PFAS chemicals have been used in some fire-fighting foams, cookware, carpets, clothing,  and fast-food wrappers

January 26, 2020 (San Diego’s East County) – The 2019 movie “Dark Waters” alerted the public to health hazards posed by perfluoroalkyl and polyfluoroalkyl substances (PFAS, also know as PFOA and PFOS) that contaminated water and groundwater around manufacturer DuPont’s facility in Parksburg, West Virginia. The chemicals have been linked to deaths, cancer and more--and they are pervasive, found in 97% of Americans tested, PBS reports, citing a U.S. National Health and Nutrition Examination study in 2015.

Recent tests by the Environmental Working Group (EWG) found PFAS in water supplies of major cities across the U.S. – far more than revealed in federal tests.  Yet the federal government has failed to take action to protect public health. A bill seeking to regulate PFAS has passed the House of Representatives and faces an uphill battle in the Senate. Even if it passes,  President Donald Trump has threatened to veto the measure.

In California, a 2019 study found drinking water sources for 74 community water systems serving 7.5 million Californians are contaminated with PFAS, according to an EWG review of the latest state data, as the Los Angeles Times reported.

All PFAS found in California water systems’ sources exceeded 1 part per trillion, or ppt, the safe level recommended by the best independent studies.  At the Camp Pendleton Marine Corps base, a combined concentration of 820 ppt for seven different PFAS chemicals was measured in a single well in 2017.