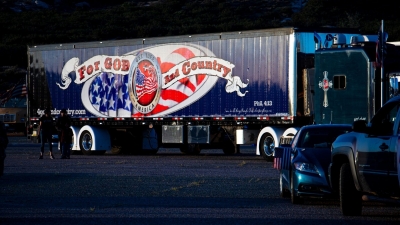 April 15, 2022 (San Diego) - On Friday April 8th, the People's Convoy passed through San Diego on its way to Los Angeles. With a motto of “Let freedom roll,” the truckers are on the road to protest proposed vaccination mandates and other COVID-19 related bills in California. 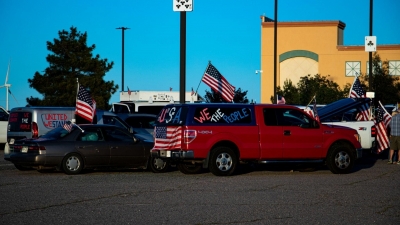 The convoy left Arizona in the morning and arrived at the Golden Acorn Casino on the Campo Indian reservation around 6 p.m., where they were greeted by local supporters of the movement. When the convey first arrived, it parked in the front of the casino but was later moved to the back lot behind the building

Not all participants drove semi-trucks; some supporters had pickups, SUVs or other vehicles.  At least 100 to 150 vehicles were participating or showing up in solidarity at the time these photos were taken. 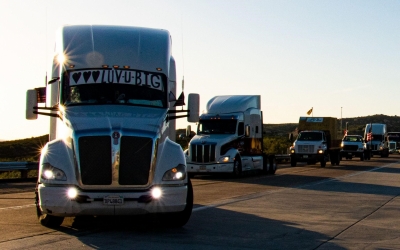 Some vehicles bore flags, including American and Canadian flags to show solidarity with truckers who staged a far larger protest over mandates in Canada. 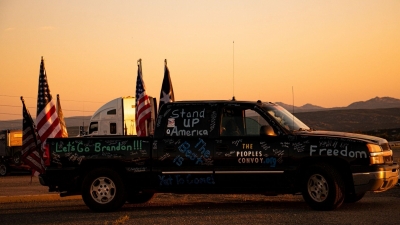 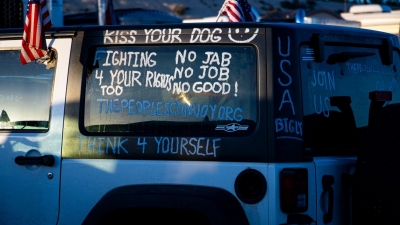 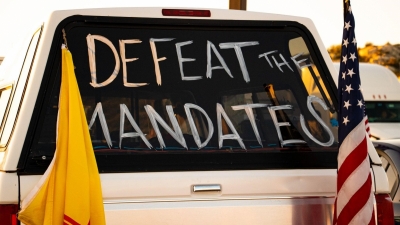 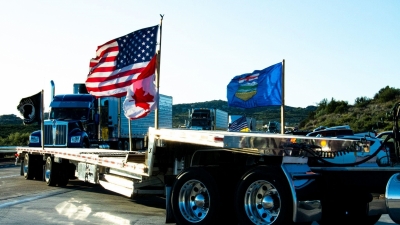