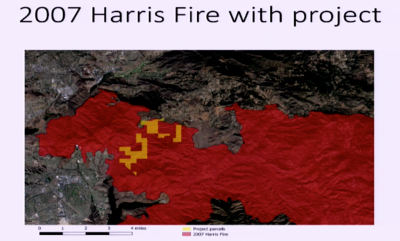 Ths project site burned in the 2007 Harris wildfire. State Route 94 through Jamul, the main access route, is rated by Cal Fire in the most dangerous 1%  of areas in the state for evacuation during a major fire.
By Kendra Sitton
June 27, 2019 (Jamul) – San Diego County Supervisors have voted 3-2 to approve a Master Planned Community outside of Otay along Proctor Valley within the Jamul area, known as Village 14 and Planning Areas 16/19. Supervisor Dianne Jacob, who represents Jamul, voted against the plan alongside the only Democrat on the board, Nathan Fletcher during the Wednesday, June 26 meeting. 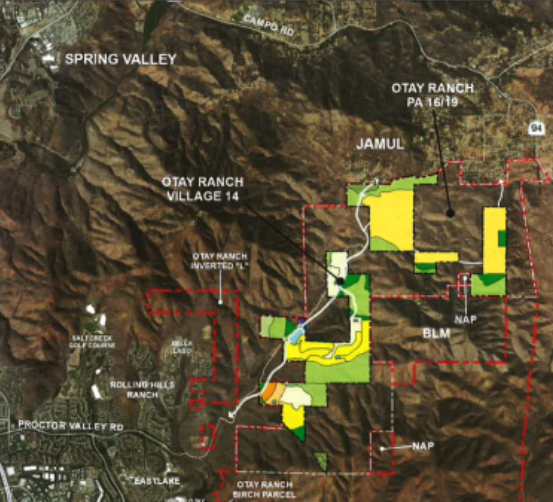 May 10, 2019 (San Diego) – On June 26 at 9 a.m., County Supervisors will hold a hearing on a proposed General Plan Amendment for the proposed Otay Ranch Village 14 and Planning Areas 16/19. This is rescheduled from the original May 22 date.

The project proposes to develop 1,119 homes on approximately 1,284 total acres within an approximately 860 acre development footprint that lies within Otay Ranch Village 14 and Planning Areas 16 & 19 (PAs 16 & 19).  The project includes property in the Otay Ranch area as well as land between Jamul and Chula Vista.