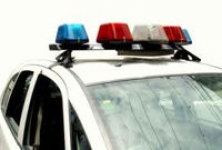 According to police, the first encounter occurred at about 6:30 a.m. near Poblado Road and West Bernardo Drive.  As a female student was walking to the bus stop, a male in a newer model, dark blue, 4-door compact car drove up to her.  He exited the car, stared at the female and walked very close behind her.  Nervous, the female ran to the bus stop.  The male ran back to his car.

A few minutes later, at 7:05 a.m., the same male approached another female student at Calle Saucillo and Avenida Alcachofa.  He walked up to her, exposed his genitals as he spoke to her and then ran away.  No vehicle was seen during this incident.
Both students reported the incidents to school officials and the San Diego Police Department.
The suspect is described as a white male in his mid 50’s.  He is 5’9” to 6’ with a thin build.  He has graying hair and was wearing a dark blue pullover sweater and khaki pants. The described vehicle was seen in the first encounter but there was no vehicle seen in the second incident.
Anyone with information concerning these cases is asked to contact the San Diego Police Department at (619) 531-2000 or San Diego County Crime Stoppers at (888) 580-8477.