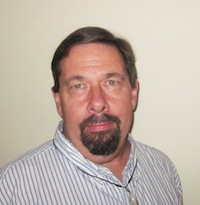 Ralph Reed’s name is one you may not be familiar with if you weren’t interested or old enough to be following politics in the mid-1990’s. From 1989 until 1997 Reed managed the Christian Coalition, a hybrid political organization with both a strong corps of grass-roots volunteers and super-rich donors, which grew out of the 1988 Presidential campaign of its founder, televangelist Pat Robertson. But before that, Reed had been a close associate of Americans for Tax Reform founder Grover Norquist — he of the “no new taxes” pledge that’s become a virtual blood oath for almost all Republicans in elective office — and super-lobbyist Jack Abramoff. He’d met both of them in 1981 when they were interns at the College Republican National Committee in Washington, D.C.

Today Reed is preparing to finish the job he started running the Christian Coalition. He was in Tampa as head of a new organization called the Faith and Freedom Coalition, which he started in 2009 with half a billion dollars in seed money provided by one or more of his multimillionaire friends. (We don’t know whom because Reed set up the Faith and Freedom Coalition as a nonprofit political corporation under Internal Revenue Code section 501(c)(4), which means he doesn’t have to disclose who his donors are.) Today his total budget is $10 million, and he plans to build a group with an annual budget of $100 million, five million member activists, full-time lobbyists in all 50 state capitals, and an enormous database of contacts he can mobilize to the polls to vote for Right-wing candidates.

Reed’s comeback is so unlikely that veteran news commentator Bill Moyers, on a recent episode of his TV show Moyers and Company, called it “a modern tale of resurrection, a Second Coming.” Moyers should know. After stepping down as head of the Christian Coalition in 1997 over allegations that he was using the group to enrich itself by buying its printing and other services from a company he owned, Reed spent the next decade working with Abramoff and Norquist on various seamy lobbying projects. Reed’s company, Century Strategies, started as a campaign consultant but quickly moved into lobbying and worked closely with Abramoff and his clients, Native American tribes in Mississippi, to influence both Congress and stage legislatures to expand casino gambling.

In a series of transactions exposed by Moyers and his associates in a 2006 documentary called Capital Crimes, the tribes paid Abramoff for lobbying services. Abramoff then paid Reed — but laundered the money through Norquist’s non-profits so the former head of the Christian Coalition wouldn’t be seen taking money from gambling interests. What Reed was supposed to do for the money was get conservative Christian legislators and voters in Mississippi, Louisiana and Texas to expand the tribes’ right to build casinos. Sometimes the legislators did that by craftily worded bills that appeared to be controls on gambling — which meant that the tribes, protected by federal laws and treaties (so-called “compacts”) with state governments, could build casinos but non-Native businesspeople couldn’t.

The resulting scandal led to Abramoff’s pleading guilty in 2006 to mail fraud, conspiracy to bribe public officials and tax evasion. On his release in 2010, he tried his own re-invention of himself as an advocate of political reform, writing a book called Capitol Punishment and calling for changes in the laws whose loopholes he and his associates used to exploit. Reed suffered less; he didn’t go to prison but he did lose his one campaign for elective office, Lieutenant Governor of Georgia in 2006, when his Republican primary opponent tied him to the Abramoff scandal and crushed him by 12 percent. Norquist didn’t suffer at all: his powerful organizations still enforce Republican Party discipline by getting virtually all GOP officeholders to sign his no-tax pledge and littering the beachheads with the political corpses of Republican politicians (like former San Diego mayoral candidate Nathan Fletcher) who dare to defy him.

As Reed himself tells him, the route to his political resurrection — his Damascus moment, as it were — started when Barack Obama won the 2008 Presidential election. Reed said the news left him feeling as if he’d been “hit by a truck.” His account shows off the bizarre combination of pragmatism and self-righteousness that seems to drive much of the Republican Right: “As I prayed about it, and I thought about what I was going to do, [I decided] I’m not ready to give up on America. I realized God’s not looking for perfect people, because there’s only been one perfect person in the history of the human race … He wants people who will come to him just as they are, with all their fears and all their failures and all their foibles, and just utter one simple line: and that is, ‘Here am I, send me.’ And that was my prayer.”

Reed’s prayer was answered, not by God himself, but by a key player in the earthly pantheon of modern-day Republicanism: talk-radio and Fox News TV host Sean Hannity. “My phone rang,” said Reed, “and it was Sean Hannity, and he said, ‘Ralph, we can’t let this happen again. You’ve got to do something.’ And I said, ‘Well, Sean, I’ve been thinking about it and I’ve been praying about it … but I want to know that this is not me. I want to know that it’s not any ambition of mine. I want to know that I’m doing this for the Lord, and that’s the only reason why I’m doing it.’ And he said, ‘Ralph, God is speaking to you through this phone line right now and he’s using me to deliver the message.’”

This is the sort of thing Democratic organizations and volunteers used to be good at: combining grass-roots volunteer power with adequate financial support in order to sway elections. Now the Republicans have not only surpassed the Democrats in fundraising — if you’re on President Obama’s e-mail list you’ll be getting increasingly panicky missives warning you that Obama is virtually certain to be the first incumbent President in history whose major-party challenger will be able to outspend him — they’ve become better at mobilizing the grass roots as well.

Many commentators on the 2012 election speak about the so-called “drop-off” in Democrats’ enthusiasm for Obama as he’s turned from insurgent challenger to incumbent, and as his compromises on health care, civil liberties, environmental protection and the “war on terror” have disillusioned many of his 2008 voters. But by building a base of supporters who are literally convinced it is God’s will that the U.S. be governed by Republicans, and that God has tasked them to do whatever they can to make that happen, operatives like Ralph Reed have given the Republicans a permanent advantage in American politics.

Just before he stepped down as head of the Christian Coalition, Ralph Reed gave a TV interview in which he said that as long as the Republicans were able to hold together their coalition of economic libertarians and religious and social conservatives, they would dominate American politics. The 2012 Republican convention in Tampa was proof that, despite the belief of many pundits that the Tea Party is built purely around economic issues and social conservatives don’t have much of a role in it, in fact Reed’s coalition is alive and well. The Christian Right is still very much a part of the Republican Party, powering not only its grass-roots efforts but much of its financing as well through small donations as well as the mega-funding from radical-Right fat cats like Foster Friess and Chick-fil-A owner Dan Cathy.

What’s more, the Tea Party in practice is as much a movement of the radical Christian Right as the economic-libertarian lassiez-faire drown-government-in-a-bathtub Right. The Tea Partiers in Congress proved that when they made defunding Planned Parenthood one of their main attacks on the budget deficit — even though Planned Parenthood’s federal money is a micro-drop in the federal budget bucket. They proved it again when Tea Party favorite Todd Akin almost single-handedly blew the Republicans’ chances to retake the Senate with his bizarre comments about how women victims of “legitimate rape” almost never become pregnant because “the female body has ways to try to shut that whole thing down.” And they’ve also proved it through another Tea Party darling, vice-presidential candidate Paul Ryan, who’s had to backtrack from his super-fan relationship with novelist Ayn Rand because it wouldn’t do for the Republican candidate for the second highest office in the land to be a devotee of an atheist who believed that if two adults wanted to have sex with each other, it was nobody’s business but theirs.

The very name of Ralph Reed’s current organization, the “Faith and Freedom Coalition,” is symbolic of his commitment to keeping the libertarian Right and the Christian Right together. What “Faith” means is obvious; “Freedom” means the power of wealthy individuals and corporations to keep every dime they make in profits without having to share it with their workers or a government that’s just going to give it to those Ayn Rand famously called “moochers.” As illogical as it may seem for a major political party to call for a government that lets corporations do anything they want while micromanaging individuals’ sex lives, the coalition Reed and others helped put together in the last three decades is still alive, well and a dominant force in U.S. politics.