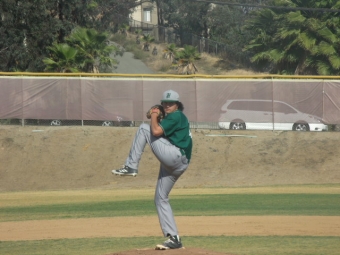 Cover photo:  Helix sophomore Thomas Caneday posted nine complete innings while giving up just four hits and no runs in the shutout win for the Highlanders.

April 24, 2018 (Lakeside) - El Capitan and Helix baseball have produced some outstanding college and MLB recruits and today, we got to see both programs in action at Hostetler Field on the campus of El Capitan High.  The Vaqueros, however, have had a rocky season, going 6-11, but the positive takeaway is that they are .500 (2-2) in the Grossmont League coming into today’s game.  The Highlanders have a decent overall record (12-7), but are strangely winless in league play, going 0-2.  Sophomore Thomas Caneday got the start today for Helix against senior Blake Peyton for El Cap. 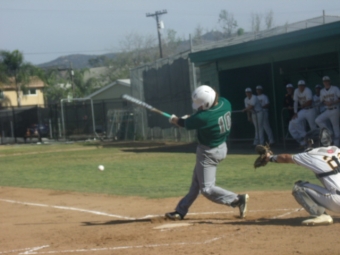 After a two-inning pitcher’s duel, Helix finally cut through Peyton’s strong pitching in the third.  After sophomore Alonzo Richardson’s fielder’s choice, a few wild pitches by Peyton moved him around the diamond to third.  The Vaqueros were too slow on fielding junior Eric Smelko’s base hit and Richardson came home to give the Highlanders a 1-0 lead.

Peyton did a good job of keeping the Highlanders quiet for a few innings, but the Scottie dawgs ate him alive in the fifth, starting with junior Devin Baker’s leadoff single.  The left and center fielder collided trying to make the catch on the next at-bat and Richardson had an RBI triple.  He and Smelko tag-teamed again on Smelko’s at-bat when another RBI single brought Richardson in.  Junior Carlos Oquita hit an RBI single of his own to score Smelko.  Senior Austin Kretzschmar’s sac safety squeeze bunt that scored senior Brandon Peterson capped off a phenomenal Helix inning and the Scottie dawgs took great pitching and defense to the end to shut out the Vaqueros 5-0.  Caneday pitched a complete-game shutout while giving up just four hits to give the Highlanders their first win in the Grossmont League for a 1-2 league, 13-7 overall record.  The Vaqueros fall to 6-12 and lose their .500 league record, falling to 2-3. 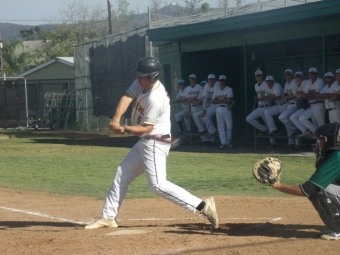 Both teams will face each other again at 4:00 p.m. on Thursday. 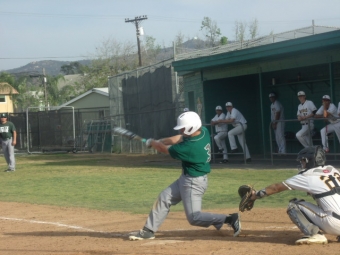 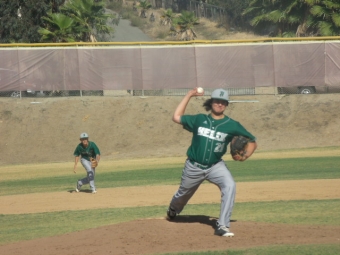 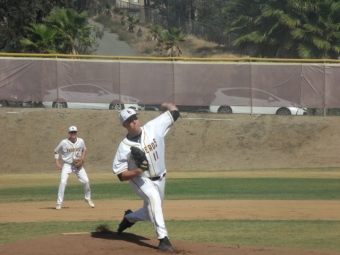 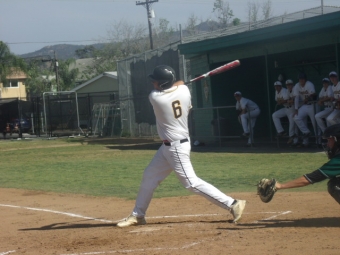