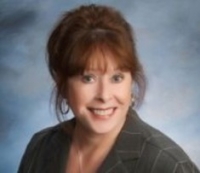 October 7, 2012 (San Diego’s East County)- Priscilla Schreiber seeks reelection to the Grossmont Union High School GUHSD) District Board this November.  She is motivated to run again because “there are many things that still need to be done, and I’d like to be a part of it.” She was a concerned parent when she ran in 2000, and she’s been on the board ever since.  Also a businesswoman, her priorities are maintaining financial integrity, rigorous academic standards, career technical education, and strong work ethic with character education.

Schreiber says the main issues in the district are declining enrollment and revenues, as well as state budget issues. “The state still owes us a $58 million unfunded mandate,” she notes. Second, she wants to provide every opportunity for every student to graduate, and third, “make sure our bond program is exactly as we said we would do.” She adds, “The charter schools [Helix and Steele Canyon] showed increased enrollment... Some non-charter schools decreased. I need to qualify, why?" Projections show a decline in enrollment of 1223 students for the district overall.

She has championed building a 12th high school in Alpine, speaking out at board meetings repeatedly on the issue for the past 12 years. Currently, Alpine students must commute 20 miles or more to school, leading to highway deaths of several students and making after school activities impossible for some. Some students ride a bus for an hour and a half each way and must wait even longer before school starts, Schreiber says, adding, "We need to meet the needs for those students up in Alpine."

Alpine voters have twice voted for bond measures to fund the new high school, yet the board has refused to expend funds to build it even after acquiring the land.  Schreiber has consistently voted for building the Alpine high school.

“They’ve been trying to get a high school for 20 years," Schreiber says, noting that the board and every superintendent since then has promised Alpine a high school. "Those on the board chose to put obstacles in their way,” Schreiber added. “It’s just immoral that the board majority will do what they did to Alpine. The Boundary Committee Chairman said it would be prudent to build the Alpine High School and recapture 250 to 380 students from charter schools, and regain the ADA (average daily attendance) money,” says Schreiber, who has praised the quality of education at charters as well as other schools.

She discloses, “We’re in a grand jury investigation about Alpine. I will always work with Dianne Jacob and the community in Alpine.”

Overall, however, she describes her relationship with the current board as cooperative. “Publicly, we’ve had a good relationship because it's important we conduct business in a civil manner. We’re different on some major issues, such as Alpine and redrawing district lines. I’m in the minority, but 99% of the time, we vote together. This is a public meeting. Our focus is to be a governance team and how we show that we work well together.”

Regarding the controversy over the redrawn district lines, she voices concerns.”It was recommended over five years ago by the Bond Advisory Commission to form a Boundary Commissions Committee," says Schreiber, noting that the board failed to act on that recommendation until five years later, after dollars had beene expended on campuses. "Then they adjusted boundaries for nine high schools (not the charters)...They kicked Alpine to the curb again because it’s not in the boundary,” she said of the Board majority’s decision to draw new boundary lines under the assumption that there will be not a  12th high school in Alpine.

“A major issue is to hold the Superintendent accountable for going to the board for redrawing," Schreiber maintains." They violated board policy [on boundary adjustments] by not notifying parents ahead of time. Instead, they shoved the boundary models down people's throats after voting on it first, and then they took it to the parents. They never notified those in the feeder districts as they were supposed to.  They didn’t have a public hearing first before they voted on which of three models to approve..It became a nightmare; parents were protesting. We sent resources to have town hall meetings, so parents could vent."  Schreiber adds, "This prompted a special board meeting; I read the board policy and asked the board to rescind and do it right, but they wouldn't."

A key challenge has been budget cuts ever since she was first elected. “We’re no different than any other district. We’ll always be cutting,” she says of the foreseeable future.  Class size student/teacher ratio is 37-1, she adds. “I was at a classroom recently and they had a 40-1 ratio. Libraries are important, so students can spread out more and get more education from English teachers. Teachers have been laid off “every March 15. We have declining enrollment too. It’s a balancing act to make it work.”

She has two major accomplishments that stand out for her. “I was very honored to be involved in what we do in schools; I was a conduit for parents,” she says, adding that she has often referred parents to where they can get help.

Second, she notes, “Implementing every board item must have a goal, so we stay focused. I always try to revisit the goal annually, but the board doesn’t.”

Schreiber faults the board because “There’s no business plan; they just gloss over, and there’s no evaluation plan for the Superintendent. We've set no goals and measures to hold him accountable.  The Superintendent works for a majority of three."

She further notes, "They do things in the dark...For example, in July 2011, the board president brought a resolution to kill the 12th high school. We amended it with a 3-2 vote to continue the building plans for Alpine to the Department of State Architecture (DSA).  The Superintendent and the Board President pulled those from DSA without board authority.  I found out by accident. This is the public's business and they are doing it in the dark."

Schreiber, who is on the bond subcommittee, saw that this would have inflated costs by $40 million."  I stopped the process, but Helix got through," she says, adding that the Board never approved the expenditure. "Now, Grossmont wants ones. The board never approved these PACs. It’s a waste of taxpayer’s money. We're doing things that weren't in Prop H or Prop U.”

When asked if she supports Props 30 and 38 to increase state funding for schools, she said she believes that “We’re in a black hole. I hate cutting staff; I’m sick and tired of Sacramento. If people support this, I support what people want; if they pass either prop it would mean that we could save some jobs in education.'  But she adds, "I don't think we're going to get what was promised...I’m not about raising taxes. It’s killing us; we don’t need any more taxes. I did get support from the teachers' union because they’ll know I’ll be honest with them.”

Her views on charter schools, such as Helix and Steele Canyon, are positive. “I love them. I love public, private education. I support what’s the best opportunity for students, and for parents to choose the best option for their kids. I support local control and charter schools.”

Schreiber has lived in East County since the 1970s. She was a management and administrative assistant at C.R. Schreiber Construction Inc., owned by her husband, Charley Schreiber. She has worked in the construction accounting and business administration, and has worked for local contractors and developers since graduating from high school. She has been on the board since 2000.

Her husband and son-in-law are graduates of El Capitan. Schreiber has one daughter, Deven, a Christian High graduate, now married with a five-month-old daughter. Schreiber has been heavily involved in East County, serving on the Cajon Valley Republican Business Women Federated, Boys and Girls Clubs of East County Foundation board, and as a judge for ‘We the People’ and Center for Public Policy competitors. She has also worked with East County organizations, community leaders, and businesses to improve opportunities for all students.