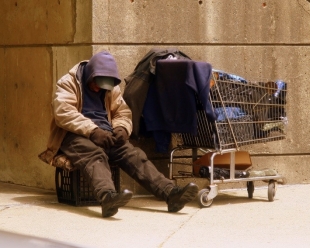 August 29, 2016 (San Diego) - On August 10, 2016, Congressman Scott Peters (D-San Diego), along with city and county officials, met to discuss the issue of homelessness in San Diego.  The key question is how funding by the U.S. Department of Housing and Development (HUD) can be updated so that San Diego gets its fair share of money each year.  A recent Voice of San Diego report found that despite having the nation’s third largest homeless population, San Diego gets less than many other cities with fewer homeless people.

HUD has opened up a page on its website known as HUD Exchange.  Anyone can go to the https://www.federalregister.gov/ webpage and select HUD Exchange to leave comments on why federal funding for homelessness should be updated to assure that San Diego gets a fair share.  The deadline for comments is September 23, 2016.

“Ending homelessness in San Diego is a bold goal that can only be achieved if we receive our fair share of resources,” Congressman Peters states in a press release. He adds, “These four options take into account a number of factors, from poverty to the availability and affordability of housing and rentals, which better measure a city’s need and how hard it is for a struggling family to find a place to live. . ..”  (http://scottpeters.house.gov/)

Other dignitaries who met with Congressman Peters on the 10th of August were Mayor Kevin Faulconer, Councilmember Todd Gloria, Chairman of the County Board of Supervisors Ron Roberts, former Mayor and CEO of the San Diego Regional Chamber of Commerce Jerry Sanders.  Bill Bolstad of Father Joe’s Village was also present.